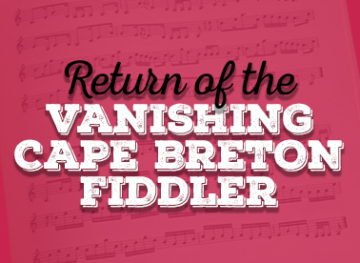 Join us at Strathspey Performing Arts Centre on Friday, June 30! The Return of the Vanishing Cape Breton Fiddler will be a celebration of the dramatic, inspirational story of the 40 year volunteer effort that led to the revival based not only on a passion for traditional music and culture, but on entirely new ways of thinking: an unfolding that appealed not only to older audiences, but one that attracted, in C.B. the vital interest of young people, and a passion for what became a new cultural industry that is loved not only at home but around the world.

The event will feature live performances by the Cape Breton Fiddlers Association, a question and answer period with producer Ron MacInnis, and excerpts from the brand new 2017 documentary.

A film 40 years in the making! The Return of the Vanishing Cape Breton Fiddler. Check out our website and be part of the movement: http://www.vanishingfiddler.com/ Likes, shares and comments are deeply appreciated!