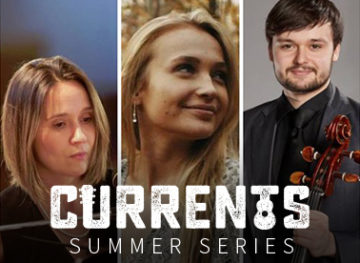 A Glengarry family, whose individual talents and accomplishments are remarkable, and when combined, performances by The Campbell Trio are not to be missed! They play a wonderfully broad range of music, including classical, folk, jazz and have a special love of upbeat Celtic styles.

Mom, Gabrielle, a vocalist and pianist, was born in Alexandria, Ontario. She studied music in Montreal, obtained her Royal Conservatory diploma in voice, and studied jazz at St. Francis Xavier University. Since her return to Alexandria she performs regularly in Eastern Ontario, directs a music studio, and presides over the MCM Music Festival. Her vocal gifts and musical arrangements never fail touch the audience’s hearts.

Son, Noël, is a multi-talented 20-year-old musician, born in Antigonish. He is currently pursuing his musical education at McGill university in cello performance. He has obtained RCM performance diplomas in both piano and cello. Noël plays bass with with Celtic groups, The Hallions and Torridon.  He was a finalist in the first season of Virtuose, broadcast on CBC Radio-Canada, a television experience that led him on a tour through Quebec and Ontario, with Gregory Charles.  Noël also composes repertoire for solo cello and will be releasing an album in the fall.

Daughter, Rachel, is 17 year old vocalist and multi-instrumentalist. She is currently pursuing her grade 10 violin, ARCT voice diploma, and has already obtained a performance diploma from The Royal Conservatory in piano.  She is a twotime Royal Conservatory Gold Medalist in voice as well as a semi finalist on  the La Voix Jr Television series. She also enjoys playing the harp, the cajón and the mandolin. Rachel is a senior member of Glengarry’s famed MacLeod Fiddlers and is very often heard firing up the halls of Eastern Ontario with her fiddle.

This show is part of our exciting 2019 summer festival, Currents! CURRENTS will feature some of Nova Scotia’s most exciting up and coming musicians, representing a variety of genres from Nova Scotia’s diverse music scene. Our stage is transformed into the most intimate, up-close and personal event you’ll ever attend. Musicians and the audience are all together in one space for an unforgettable experience!